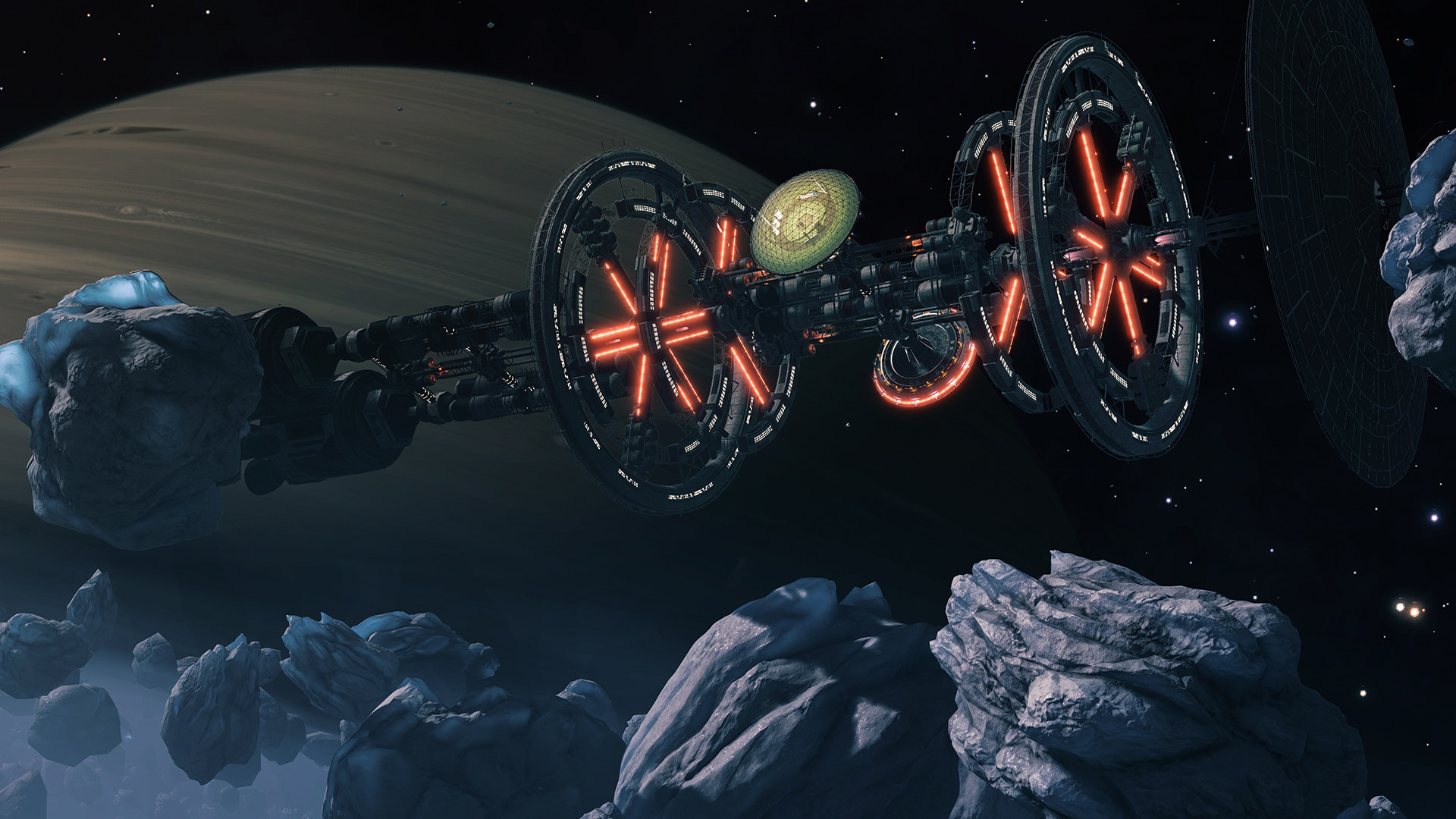 The ancient and insular colony ship found in Elite Dangerous earlier this month is the focus of a new community event to decide its fate. After an event where players delivered aid and supplies, now the galactic superpowers have taken interest in the opportunity presented by a vast ship of colonists who decided to stay amongst the stars. Starting today, players are invited to deliver materials to either the Empire or Federation faction, currying favour to decide whether the colonists stay in space or finally settle.

The Golconda has been travelling through space for a thousand years (though not been in Elite nearly as long) after its inhabitants decided naw, they’d rather stay amongst the stars than settle down. Colony ships found in Elite before been derelicts, so this is a rare sight. The Golconda had run low on supplies, though, so a week-long challenge this month had players deliver supplies and fend off pirates. Now the ship’s stabilised, the fat cats are rolling in with a new phase of the Interstellar Initiative.

From today at 3pm through Tuesday the 26th, the Empire and Federation factions will call for players to deliver Polymers, CMM Composites, Titanium, Beryllium, and Thallium to their respective megaships by the Golconda in the Upaniklis system. Whichever side can give the most will decide the colonists’ fate.

Should the Empire win, the colonists will settle a planet in Upaniklis, creating a new Empire-affiliated Planetary Port there. The Federation will help them settle but in space, building a new friendly Outpost in Upaniklis. Either way, a new Rare Good (Apa Vietii) will become available there and players who dock at the new home from December 5-16th will score a Golconda decal.

The consequences aren’t huge but it’s a nice wee story. I’m sure folks will find ways to profit from the stream of deliveries headed to Upaniklis too. Take new content where you can get it.

Frontier announced in October they’re going to focus on fixing bugs, including some longstanding ones, for the next few big updates. This means they’ve pushed back Fleet Carriers, a honking great new ship type that had been due to blast off in December. The new focus does sound sensible, improving the drainage before building a conservatory.